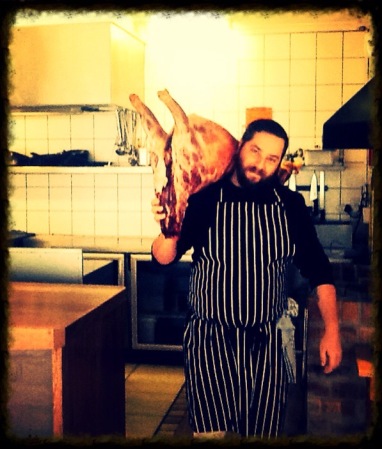 Johnson. Eric did not disappoint and managed to build a loyal support base to which he is adding daily. Situated in the Upper Hemel-en-Aarde Valley the Restaurant @ Newton Johnson offers a small, yet carefully crafted menu. This
is a huge contrast to the efforts that Eric and his team go to when preparing their culinary delights.  Eric often goes foraging for wild edible treasures in the fynbos clad Hemel-en-Aarde hills and valleys to ensure that his patrons enjoy something special.

Not only has Eric’s client base expanded but his family also had a new addition recently with the birth of Elizabeth – adding “parents” to Eric and wife Celeste’s repertoire.  All the best to Eric, Celeste and the team with the second year’s trade at Newton Johnson.

One thought on “Ready, Steady, Feast”