No, its not Christmas yet. It’s the annual Platter’s by Diners Club International Awards. Reason to celebrate. So many of our Overberg wineries collected 5 stars in Cape Town. Friends of the Overberg also did well with their wines. First mention goes to Beaumont with their Starboard taking 5 stars and rated as the Fortified Wine of the Year.

This year only 4 Pinot Noirs – 2 from Elgin and 2 from Hemel-en-Aarde. From the Hemel-en-Aarde stable it was Creation’s The Art of Pinot Noir 2016 and Bouchard Finlayson’s Galpin Peak 2015.

A night of happiness all round with the new colour revealed as habanero red. A hot colour for smoking hot wines. 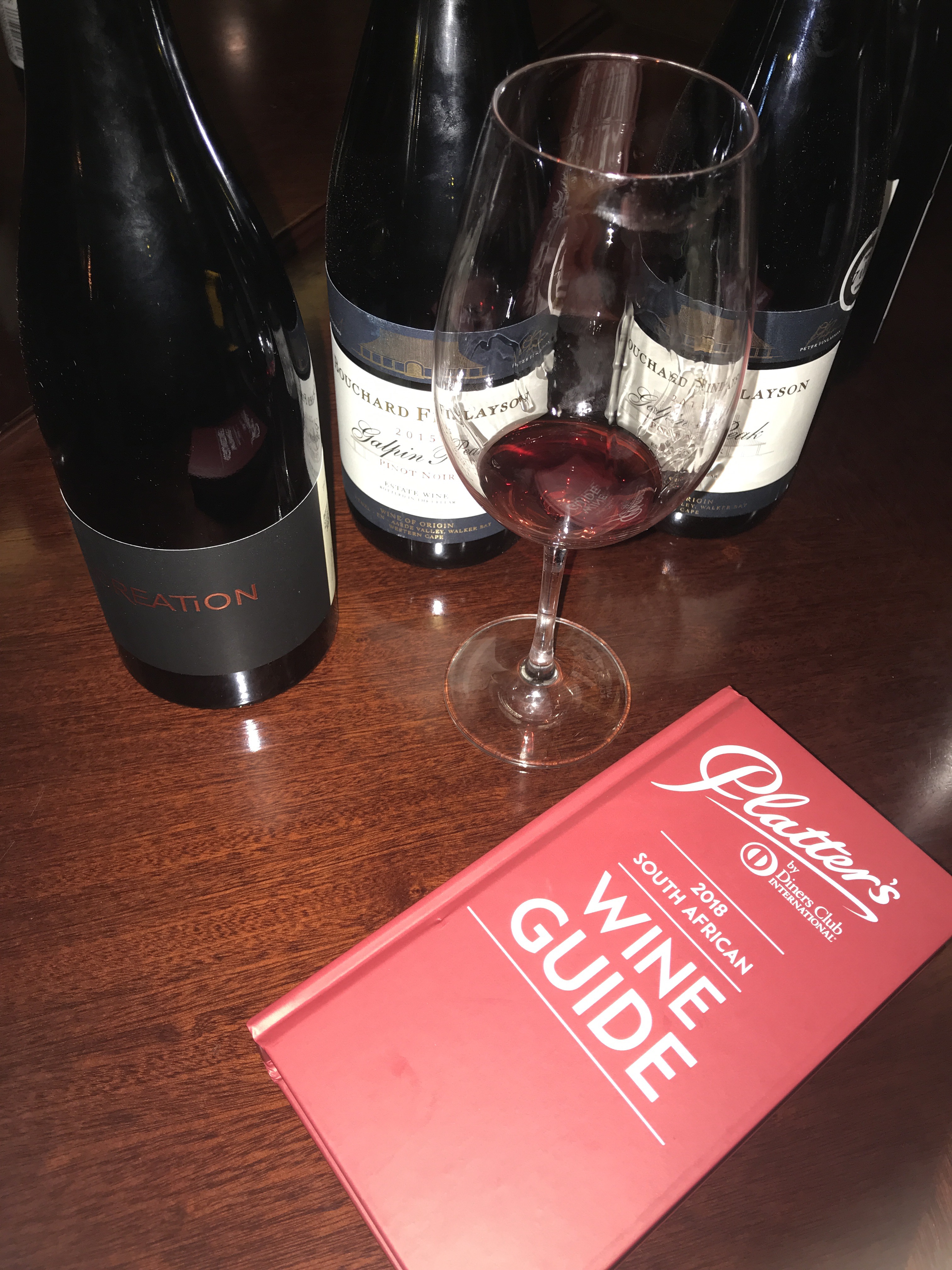